Congratulations to Glenda Roberts, Molly Fisher, Kevin Kuzma, Katie Fisher and Fred Fisher on a great show at the Silver Dollar Circuit AQHA show in Las Vegas!  Team Light Rein was in the ribbons among some of the best competition AQHA has to offer.  Among the prizes and ribbons won were three third place ribbons for Kevin Kuzma's horse, Hes Always Zipped with Fred Fisher, a second place for Glenda's horse, First Time Everytime, a sixth place for Molly Fisher on Hes Always Zipped and a silver medal for Katie Fisher on Hes Always Zipped.  Molly also won a $100 gift certificate toward a new show jacket from Jessica Lynn Show Apparel.

Congratulations, Glenda, on your great show day with multiple wins at the March Blue Ribbon show!  Some of Glenda's awards included Champion and Reserve Champion in Halter and several first place ribbons in Showmanship, Pleasure and Trail.  As always, we are so proud of you!

We are so proud of you all! 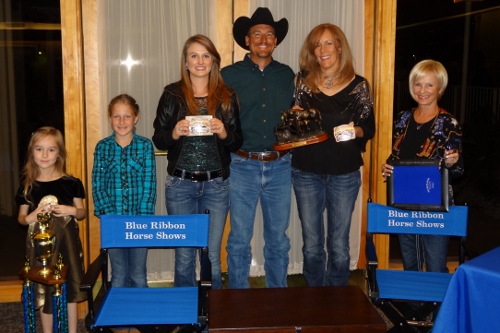 Another Big Congratulations to Glenda Roberts! 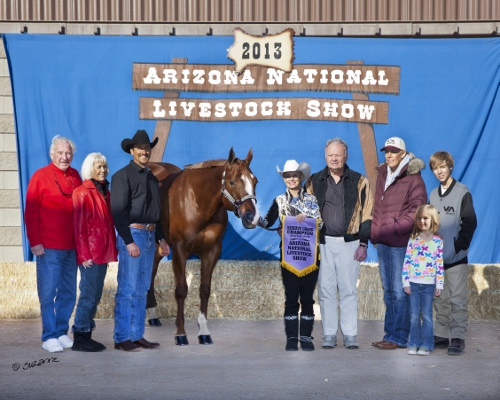 You read that right!  We had an amazing show week, and everyone on our team who showed during the Arizona National Quarter Horse Show and the Blue Ribbon Show won some amazing prizes!  There were so many wins, we had a hard time keeping track of them all.  Here is a partial listing:Glenda won multiple Grand and Reserve Championships in both shows, Molly won a Grand and Reserve at Blue Ribbon in the novice division, and 6th place in her first quarter horse show at Arizona National, Kevin Fisher won a second place and two third place ribbons in horsemanship and pleasure at his very FIRST horse show, Samantha won multiple first place ribbons, Amanda also won multiple Champion and Reserve ribbons, and Katie, who won Champion for the year in leadline for 2012, decided to give someone else a chance to win, and only "schooled" in the leadline class.  She's only 5, and we thought that was a VERY generous thing for her to do!  WE ARE SO PROUD OF OUR TEAM!