We love the Budweiser Clydesdales!  Here's a cute video to start the season off right.

Happy Thanksgiving everyone!  We are so thankful for all of you, and for the opportunity we've been given to live our dreams; training horses and helping you realize your dreams.  Please click on the link below to view our beautiful Thanksgiving card:

You can
view your card here

Once again, Team Light Rein had a great show in November at the Blue Ribbon Show!  Always in the ribbons, our team had a great time.  Some of the hightlights were Molly's Reserve High Point win under both judges in her division, and Katie, winning First Place in leadline under BOTH judges, a first for her!  At the October show, Molly was erroneously awarded Reserve Champion under one judge.  She actually won High Point Champion under both judges!  She was given her High Point Champion trophies at the November show.  As always, we are so proud of our team, and we are looking forward to the December show, a triple-judged event where they'll be giving away silver buckles to the high point and reserve high point winners!

Today, Light Rein, LLC wishes to thank all our military heros, past and present, especially our son, Jake, a USMC veteran.  We are so proud of you, Jake!  Thank you for your honorable service to our country for the past four years. 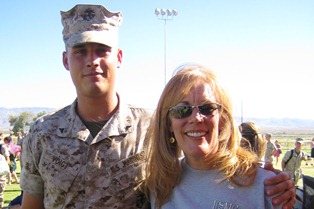